Read all about it!

The inaugural edition of 51Fest received some incredible press coverage. Here are some of our highlights. 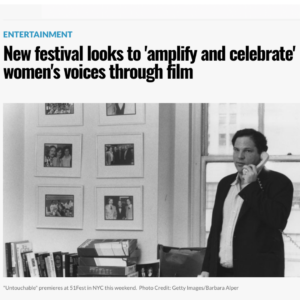 “51Fest balances screenings of projects by women filmmakers and movies with a strong central female character with sit-down conversations.” 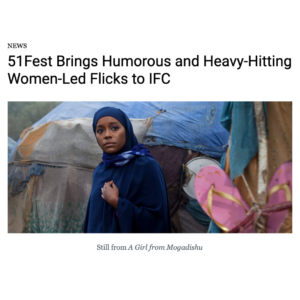 “There’s no stopping the calls for women behind and in front of the camera, and one film festival has a four-day long response: a women-centered film festival. Created by Women in the World and IFC Center, 51Fest will feature world and New York premieres of women-led films, documentaries and television shows, all followed by conversations with select actors, producers and directors.” 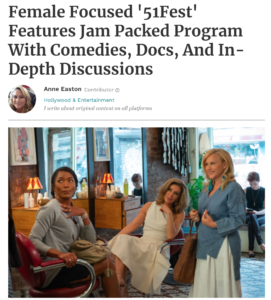 “a new festival celebrates the voices, visions, and stories of women through compelling screenings and conversations.” 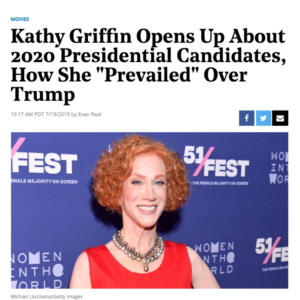 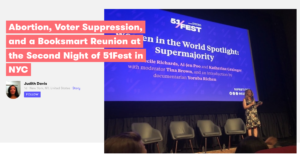 “The conversation [with Supermajority co-founders & Tina Brown] highlighted the new organization and centered on the panelists’ personal stories of activism, their plan to shape a ‘New Deal’ for women and elevate women’s stories to where they belong—the center of the stage, the debate and the forefront of change.” 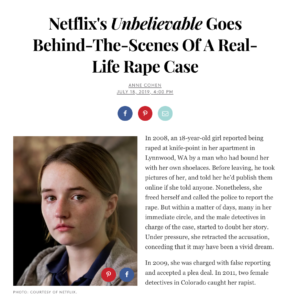 “The first episode [of Unbelievable] will premiere on Friday during New York City’s 51Fest, a new film festival dedicated to celebrating women, in a joint initiative by Tina Brown’s Women in the World and IFC Center…”